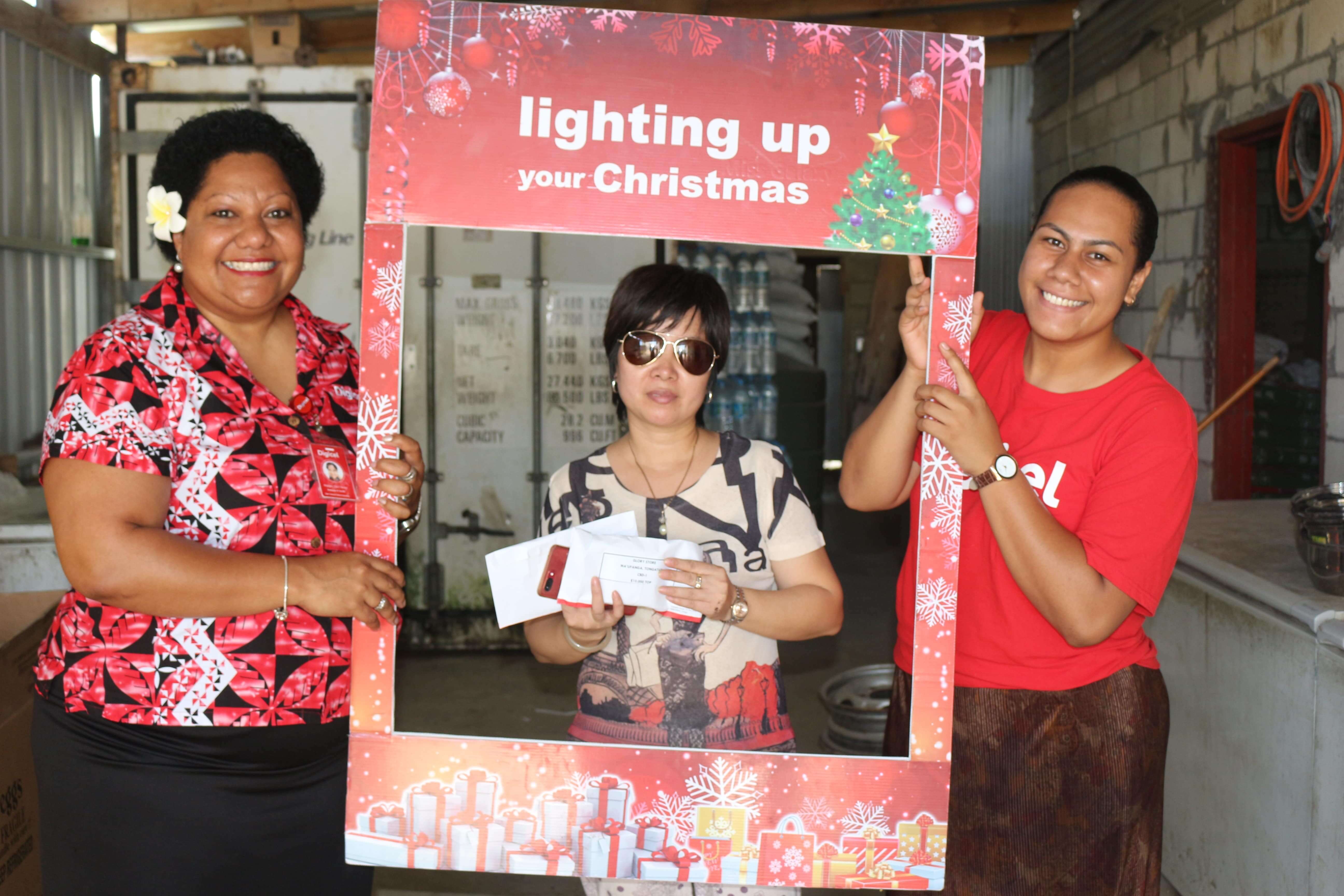 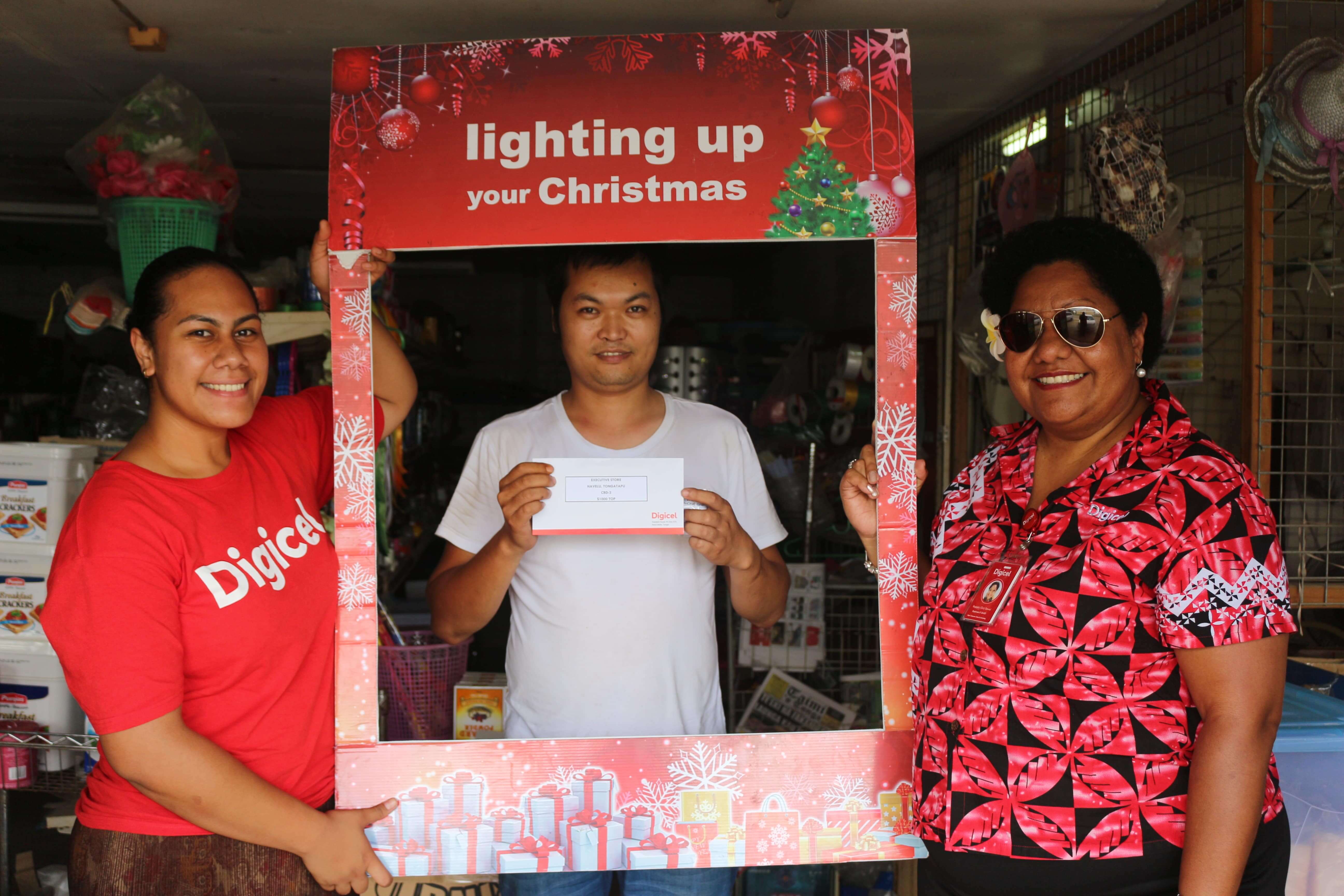 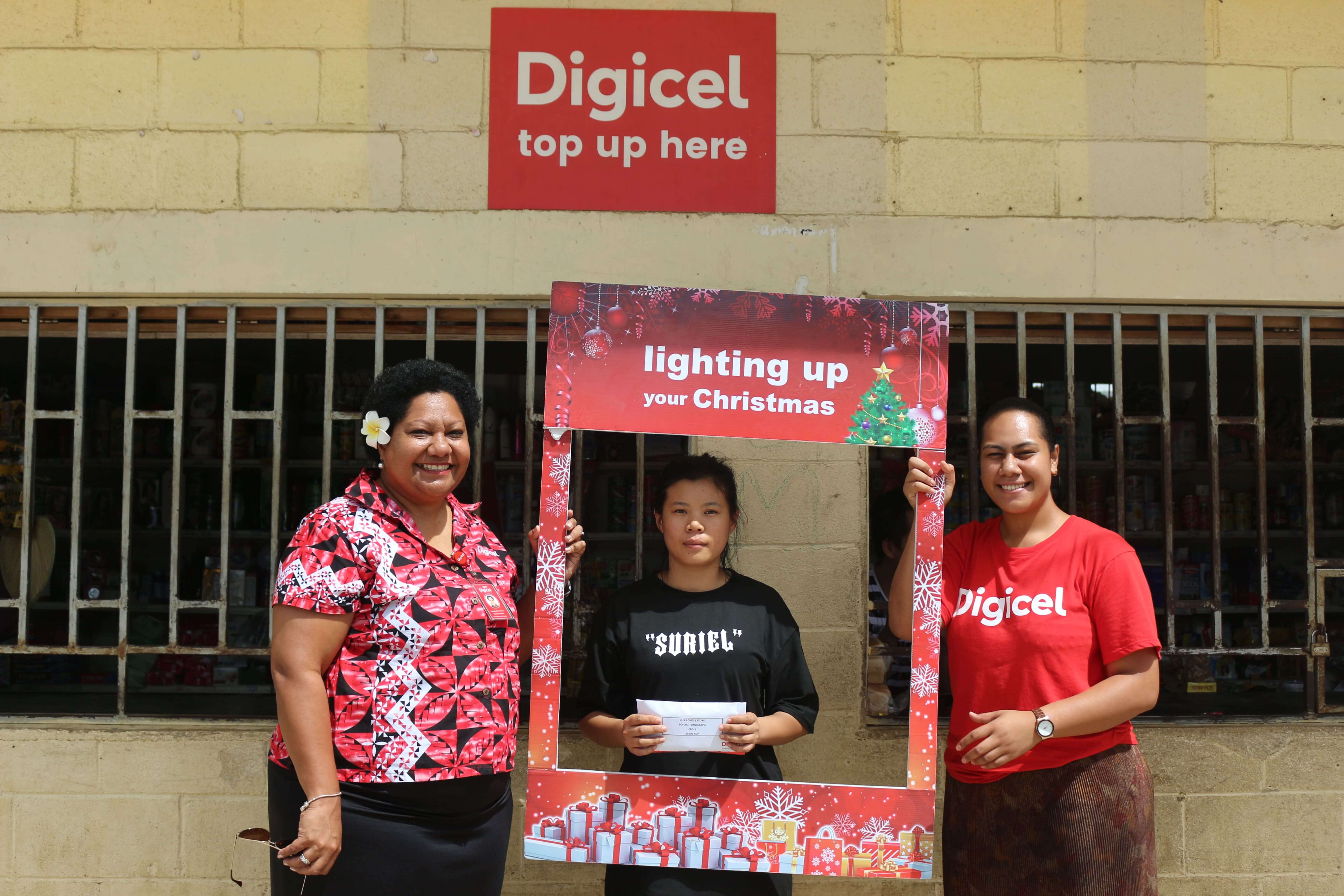 Digicel Tonga, the country’s leading telecommunications and entertainment services provider announced its cash rewards for the 14 Top up Stores across the country. These stores sell Digicel Recharge Cards and Electronic Top Up. The Reseller Promotion was launched on 24th August and ran for three months til the 31st November. With over 600 stores across Tonga providing a channel of accessibility to Digicel customers, the current promotion entices store owners to participate and get more Digicel Top up out in the market and make it accessible for our customers.

This reseller promotion also ties in with the Top up & win promotion that was launched as part of the Christmas promotion. This promotion gives customers the chance to top up their numbers with $5TOP or more for their chance to win $200TOP cash weekly and a grand prize of $10,000TOP at the end of the promotion.

The Rewards Program is an initiative that not only reinforces our partnership with these stores but emphasizes the importance of our Top up service availability in the country.