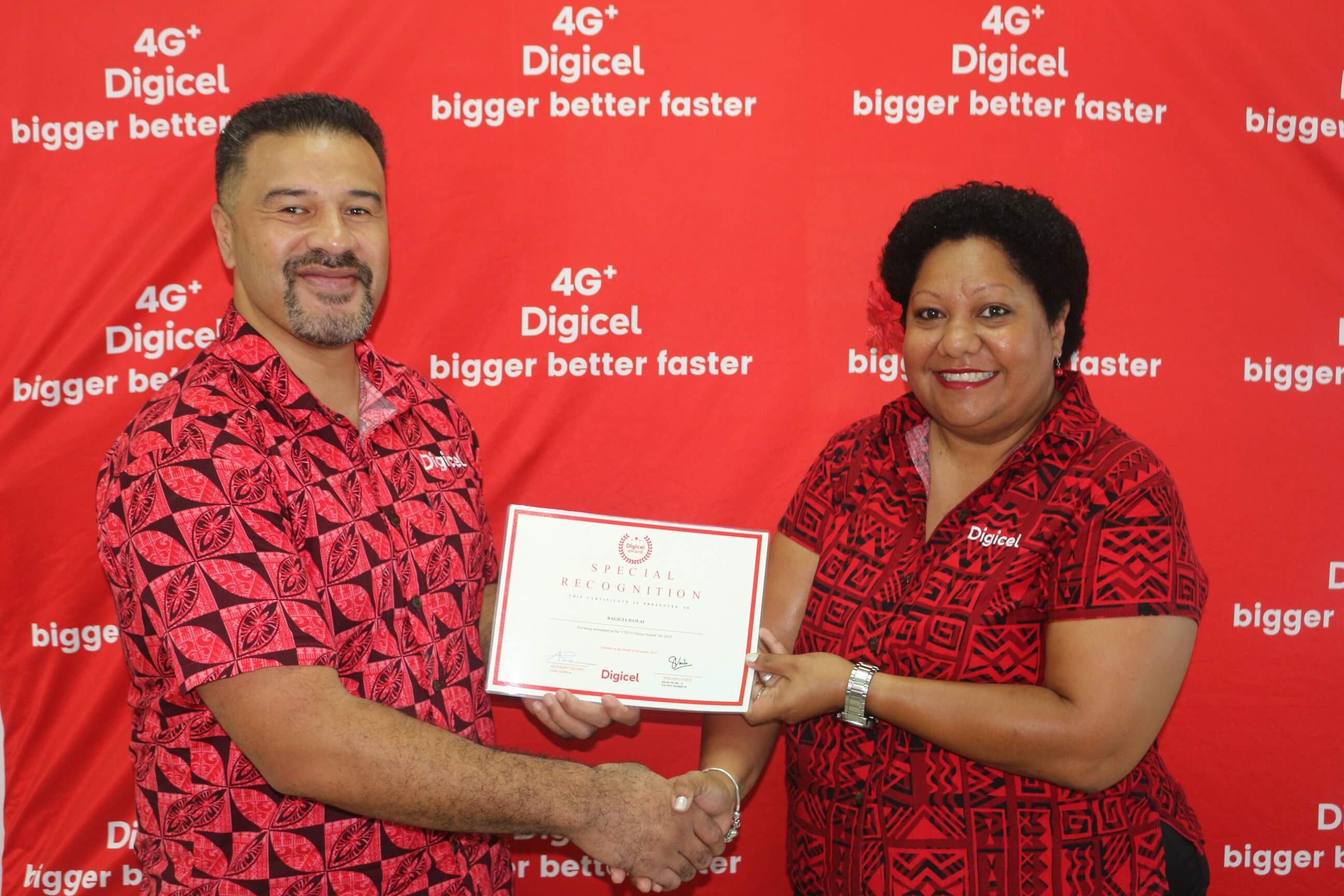 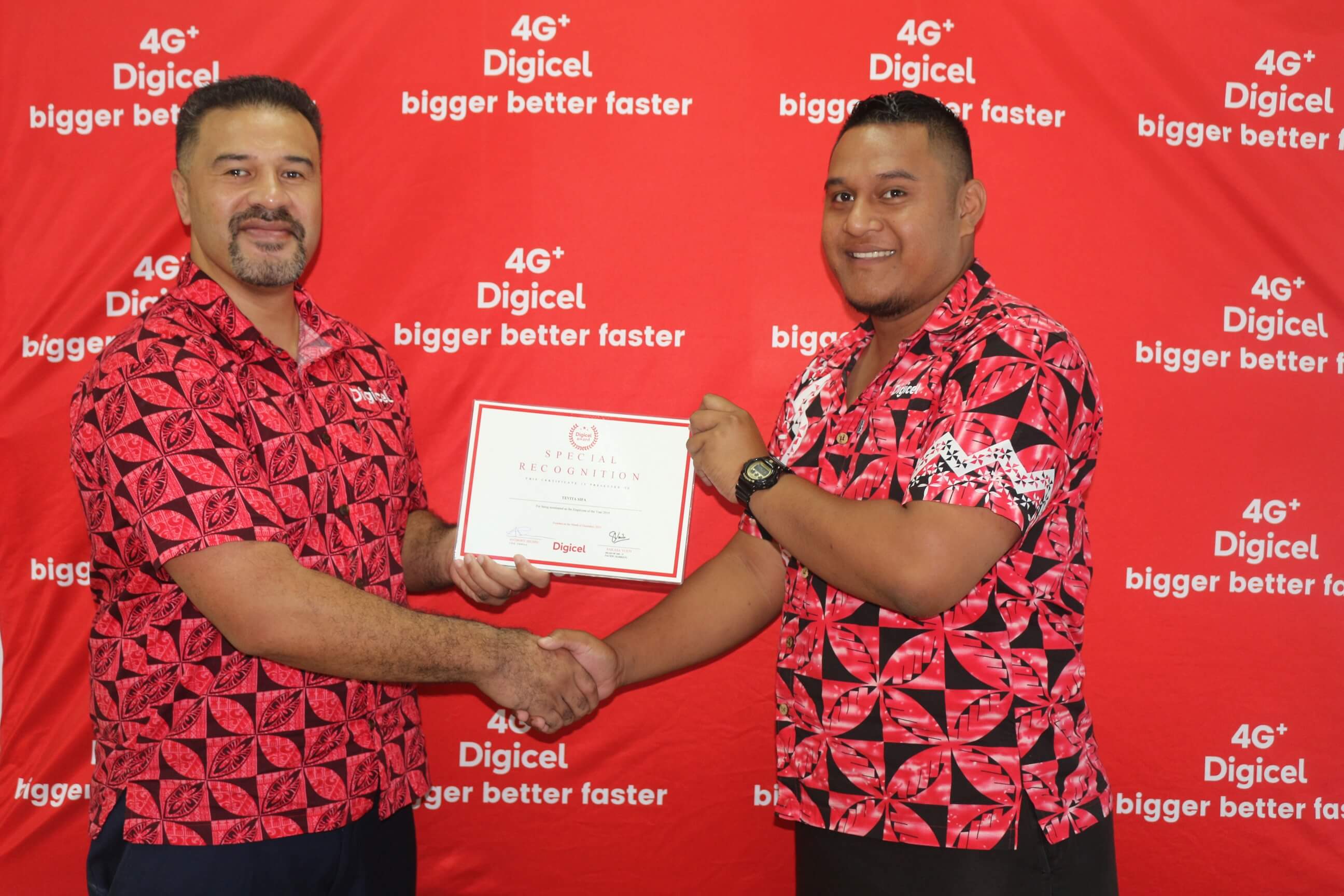 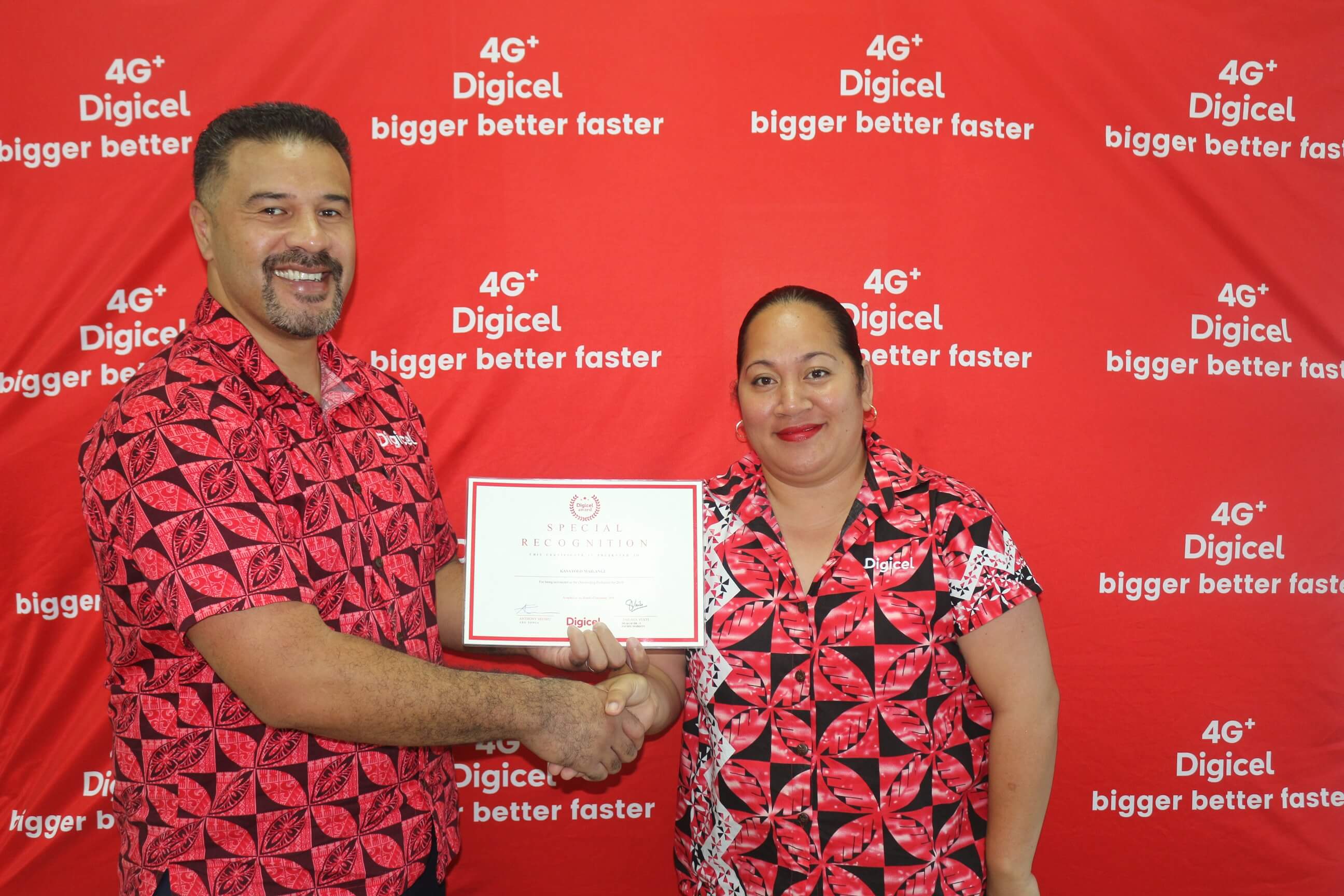 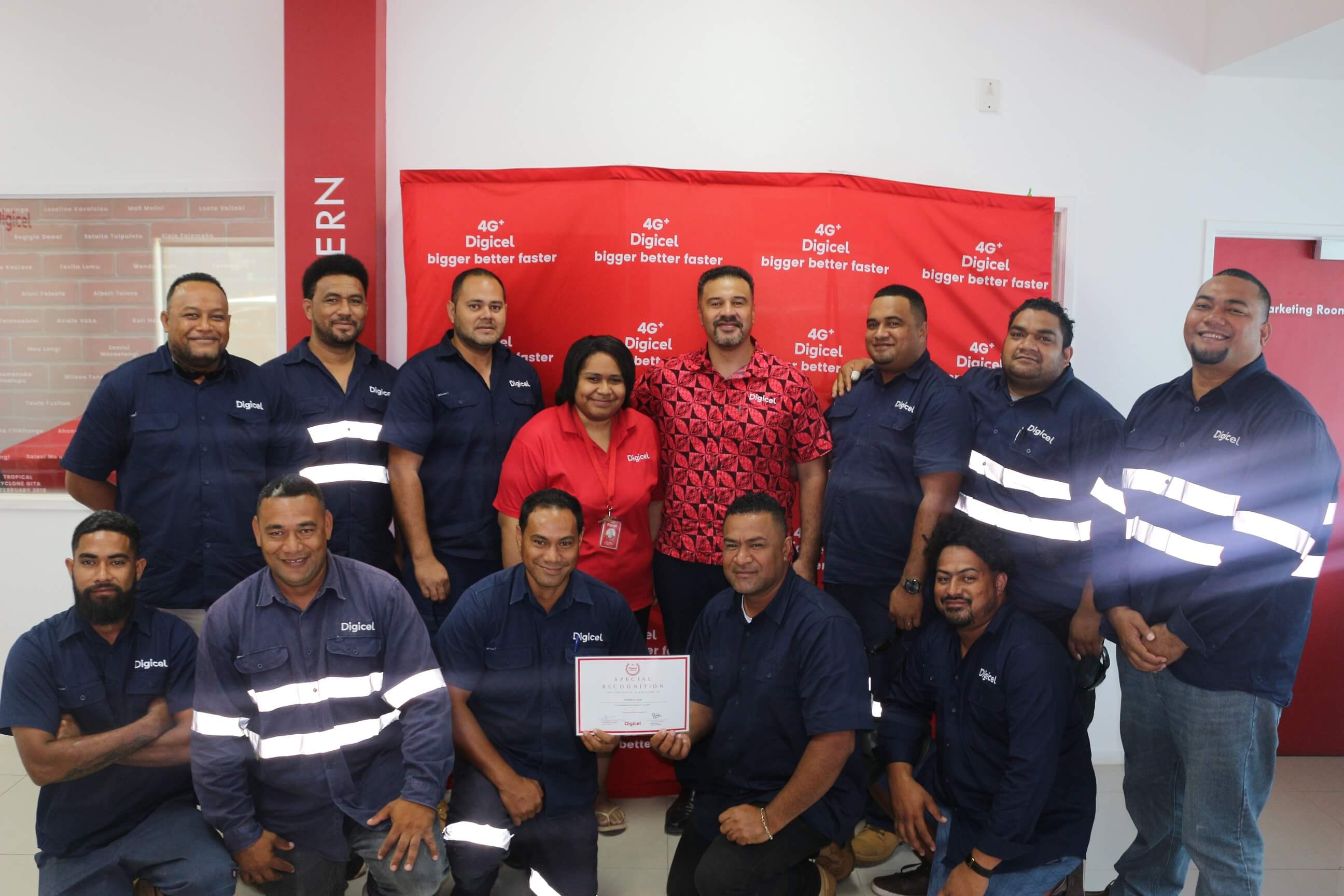 Digicel Tonga’s CEO, Anthony Seuseu for Digicel Tonga announced the Staff Awards for 2019. These awards were nominated by staffs and based on the performance, commitment, work ethics and support they have demonstrated as individuals or as a team.

The categories were; Employee of the year award, Outstanding performer of the year, Team Recognition Award and lastly the CEO’s Choice Award.

The recipients of these awards were presented with their prizes and certificates by the CEO, Anthony Seuseu.  These were;