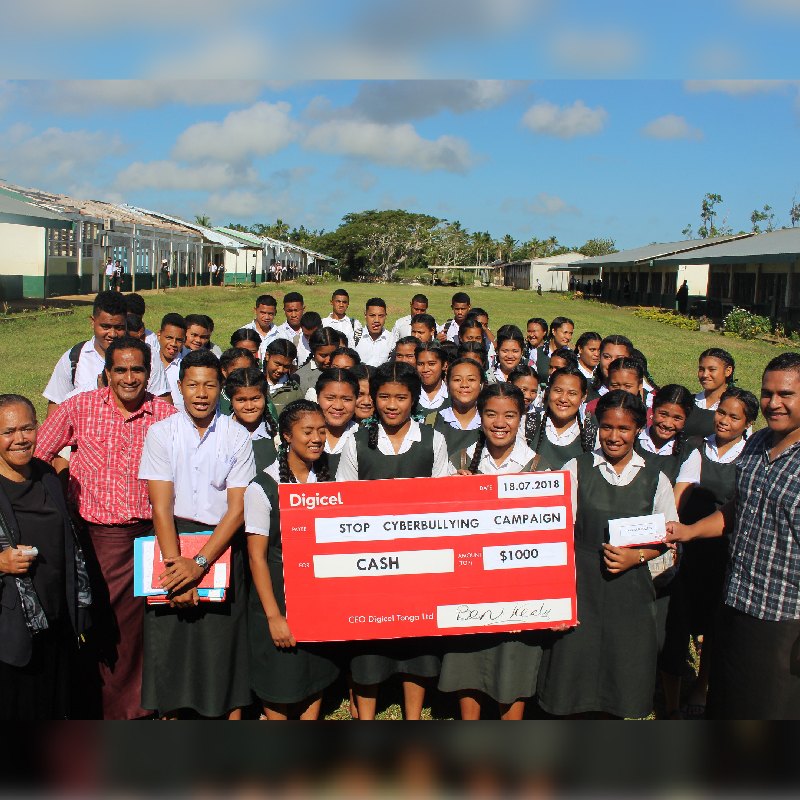 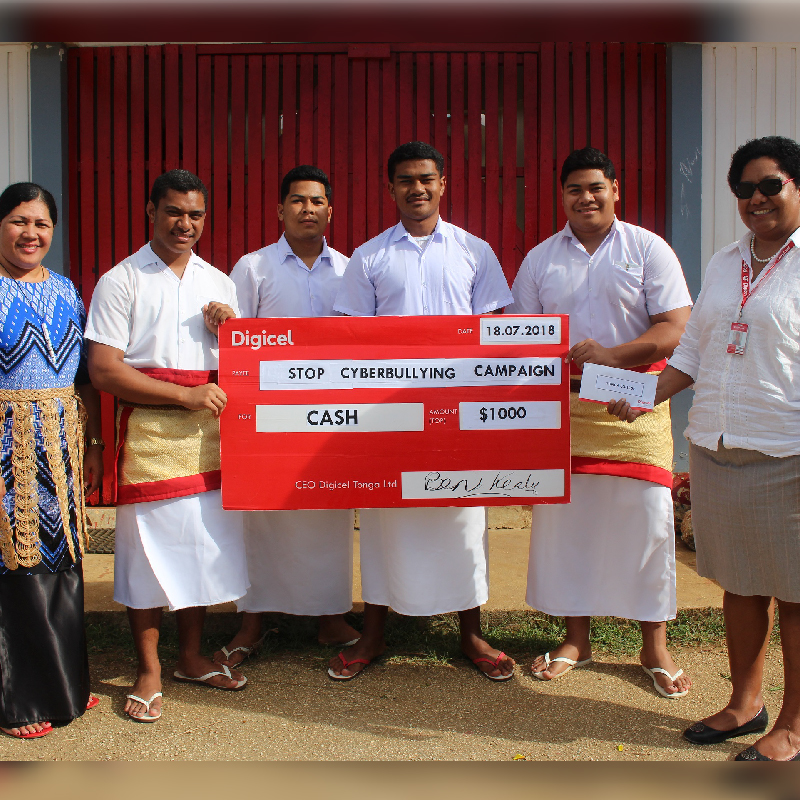 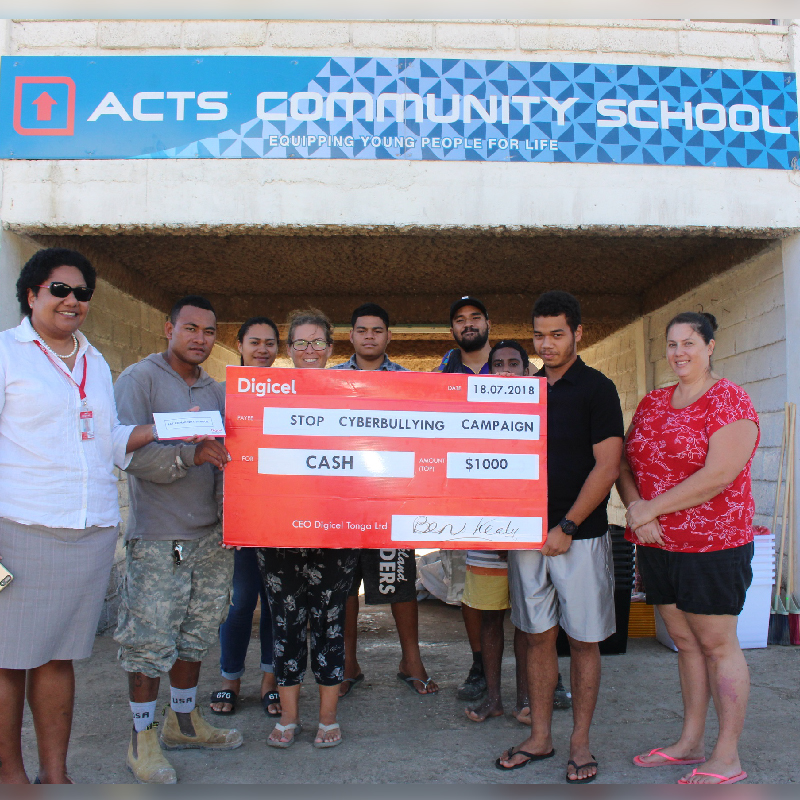 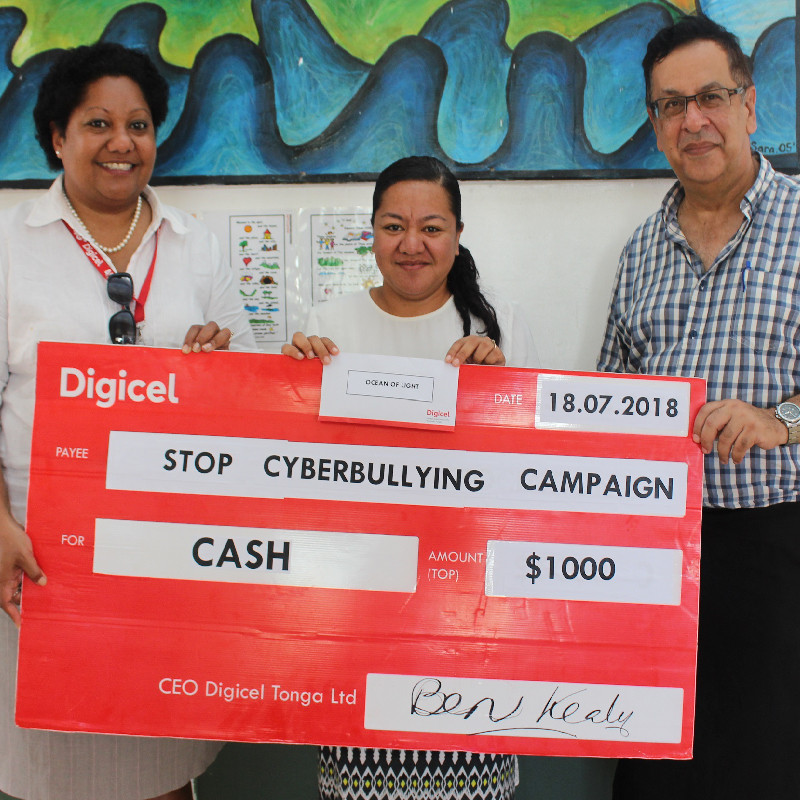 Four (4) schools in Tongatapu was lucky to be part of the STOP Cyber-bullying Campaign that was created and crafted by Talitah Project and Digicel Tonga, in creating awareness on cyber-bullying in terms of drama, song or video.

These schools were Tonga College, Takuilau College, Ocean of Light and the ACT Community School. They were delighted that this campaign was able to provide the schools FREE 12 months Internet and with $1000 pa’anga cash.

The campaign was open to all schools in Tonga to showcase their talents and their knowledge towards cyber-bullying. Digicel Tonga & Talitah Project came together with the idea to create awareness and to also act on the matter.

The principals of these school thanked Digicel Tonga for this opportunity in providing young generations that chance to prevent this global issue but it turns into something major in Tonga. These videos is also featured on the Digicel Play TV, channel 1 & 15.

Digicel has been eager to help local schools and to join hand with the Talitah Project on driving this awareness in Tonga.