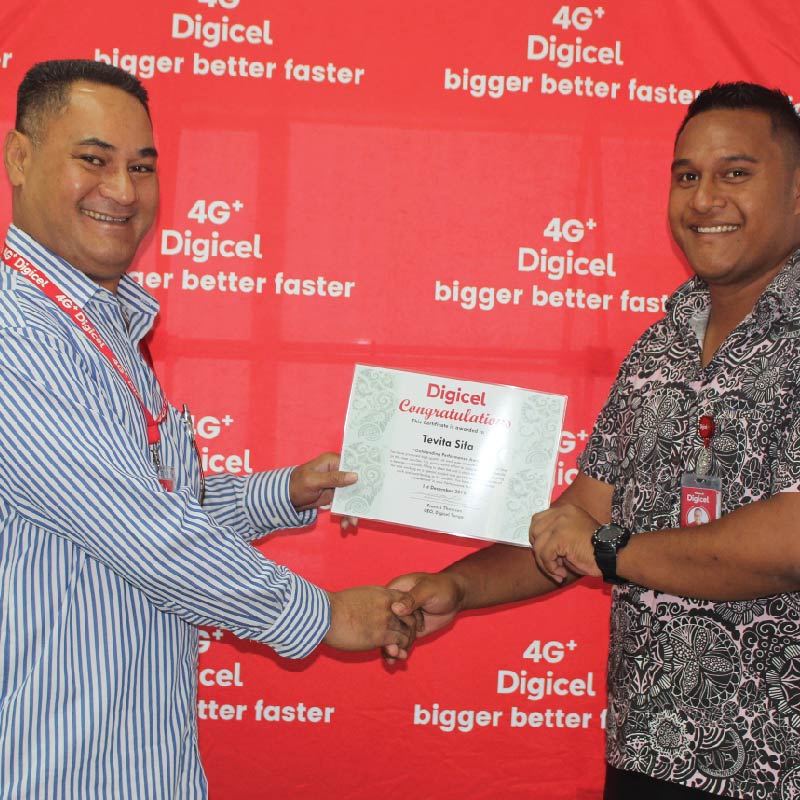 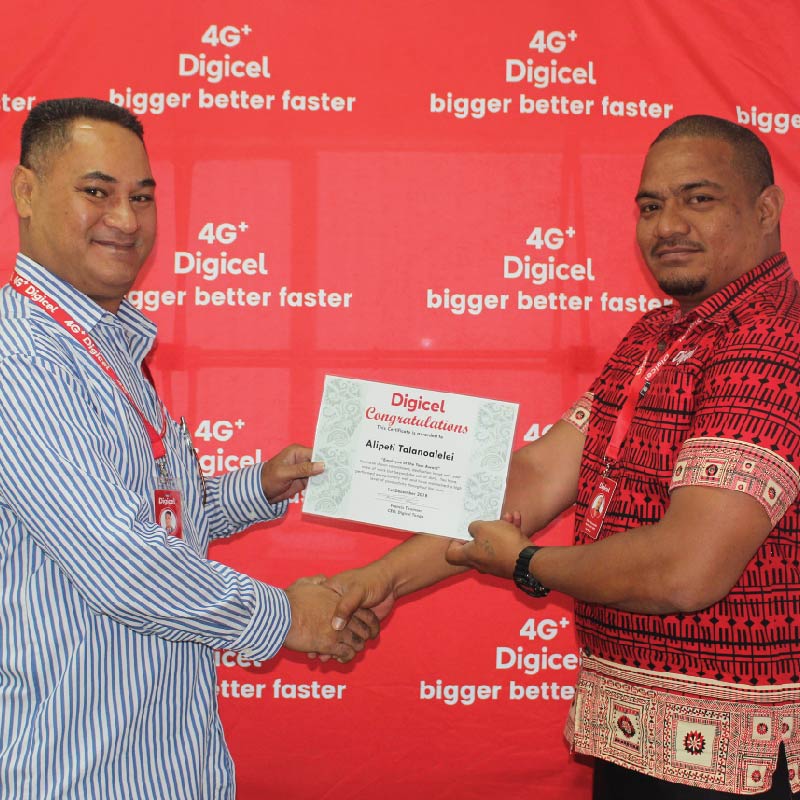 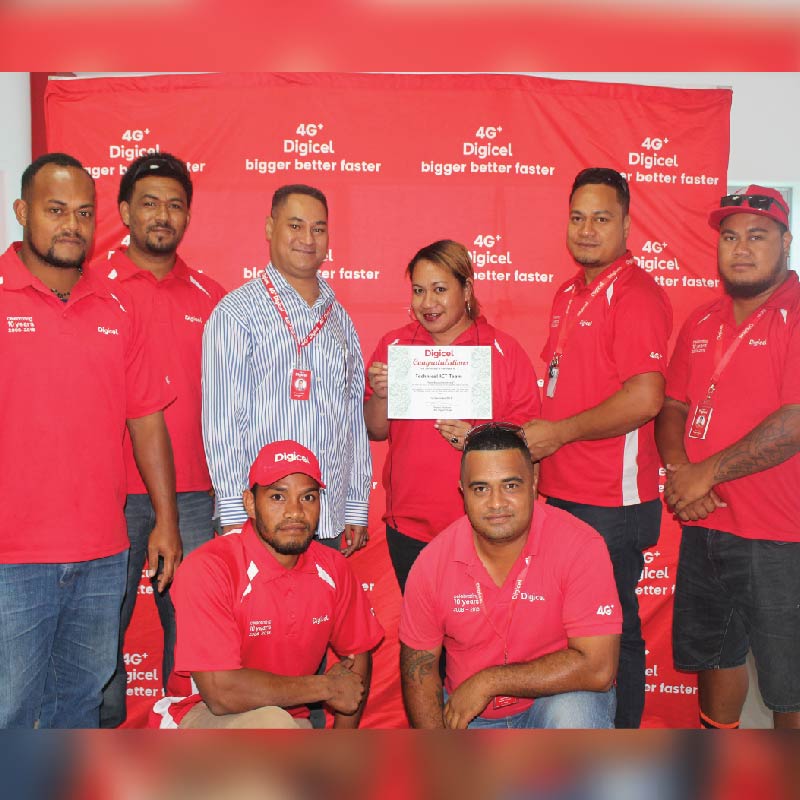 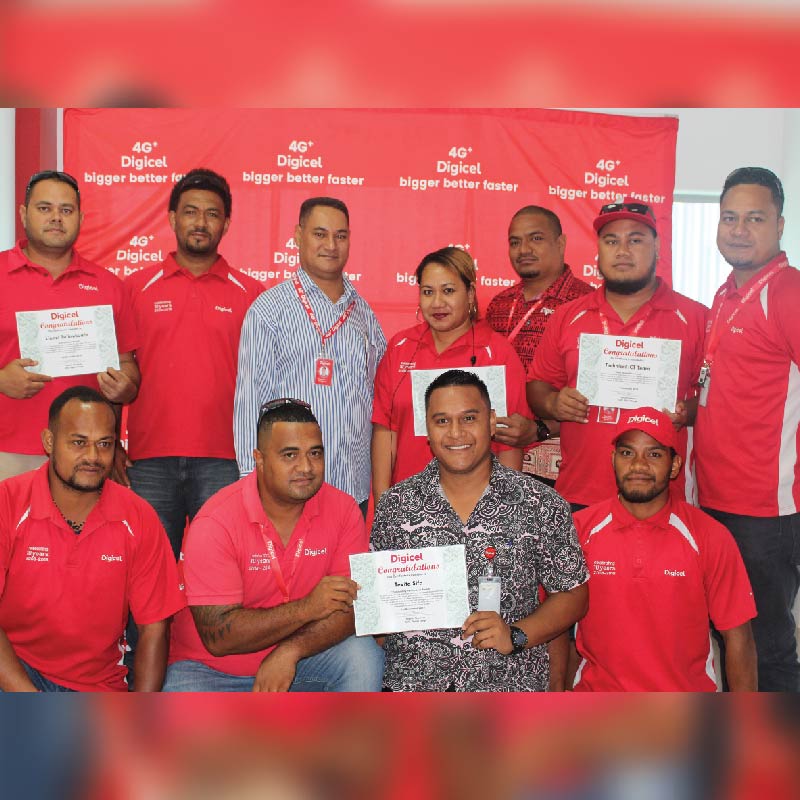 This evening marked a moment of triumph for you all with an incredibly challenging year as a team having survived Tropical Cyclone Gita. The event was about celebrating a year that brought everyone together, a year that despite the challenges the team continued to be steadfast and even though there were constant changes, they all stuck together.  That in itself demonstrated solidarity and defined unity.

There were four awards presented;

The Employee of the Year Award for the employee that showed commitment, dedication in not only their area of work but beyond the call of duty.  He/She has performed exceptionally well and maintained a high level of productivity throughout the year. The Award was presented to Alipeti Talanoalelei of IT Billings.  Alipeti won $250 pa’anga.

The Outstanding Performance Award is for an employee who produced high quality of work over an extended period of time (in this case Jan-Dec 18), giving extra effort to complete a job or handle a heavier workload, filling in when unit was short-staffed, volunteering for and working on a special project and serving beyond the scope of work and contributing to its success.  This individual would have ‘exceeded achievement’ or ‘over achieved’ in their Performance Reviews. The Award was presented to Tevita Sifa of Marketing. Tevita won 2 nights’ accommodation at Tanoa International Dateline Hotel with breakfast daily included.  This prize was donated by the 4-start Hotel.

The Team Recognition Award was presented to the most outstanding team.  This was for the team that showed a united front and worked together despite all odds.  They have grown as a team to build on internal and external relationships and excelled as a team in any project assigned to them.  They also have shown the willingness to work with any other team outside of their own work scope.

The Award was presented to the Technical ICT Team. The team won $500 pa’anga.

Lastly is the CEO’s Choice Award for an individual that I feel has demonstrated great leadership for his team.  It is an employee who showed encouragement and inspired his/her team to make a difference in the workplace environment.  It’s a leader or potential mentor that has demonstrated outstanding service to other employees or visitors and has displayed workplace diversity.

These award winners have displayed our Digicel core values and it is with much appreciation that were acknowledged for their contribution to the Tonga business.  Nominations for these awards were submitted by Line Managers/Supervisors to Regional Hub HR Team and Market CEO for assessments and based on justifications with supporting success stories.

The CEO in presenting the certificates to the Award winners emphasized the importance of team work and succession plans for individuals in the business and the onus is on each one to realize their full potential and utilize the resources that are available to them to develop their skills further and enhance their know-how.