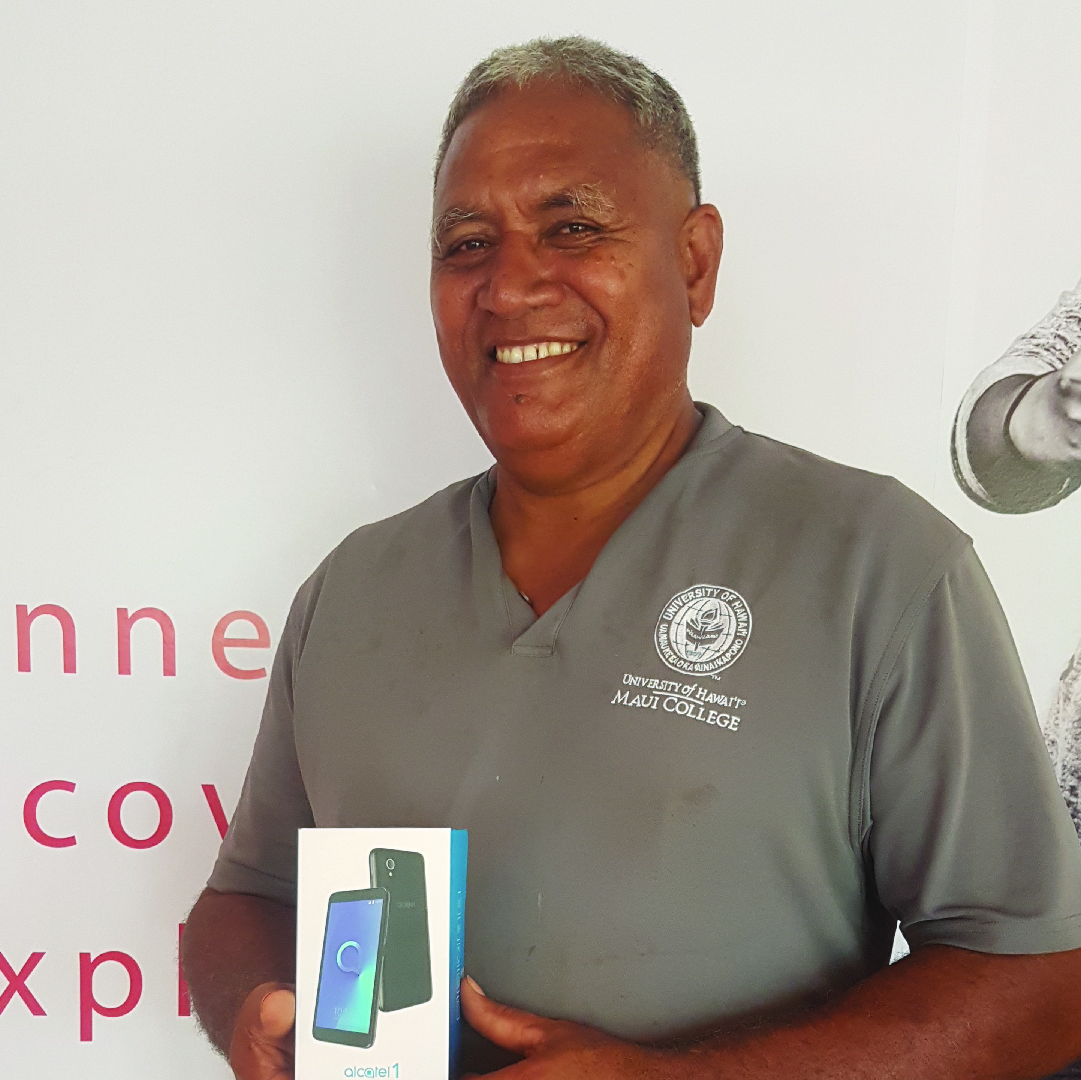 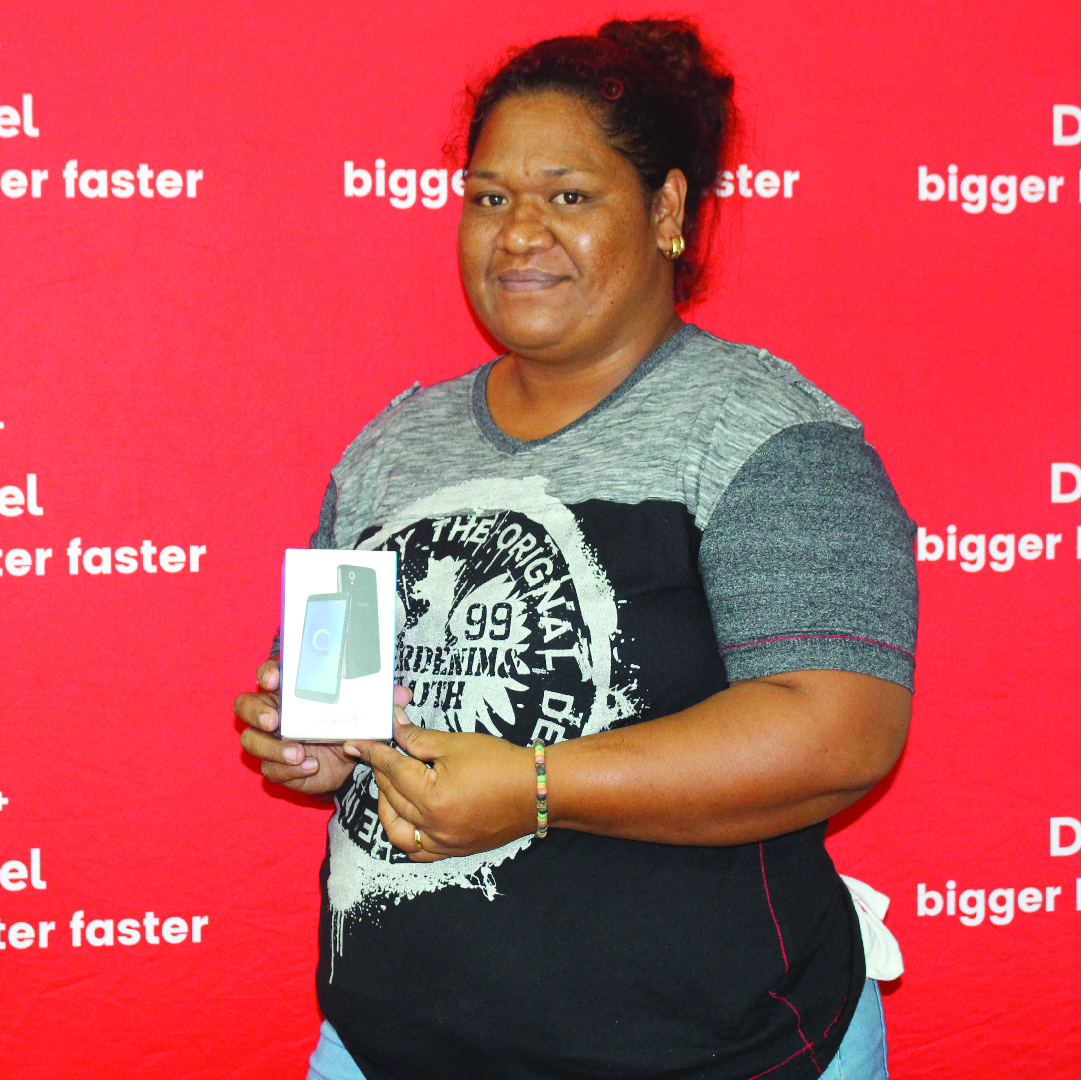 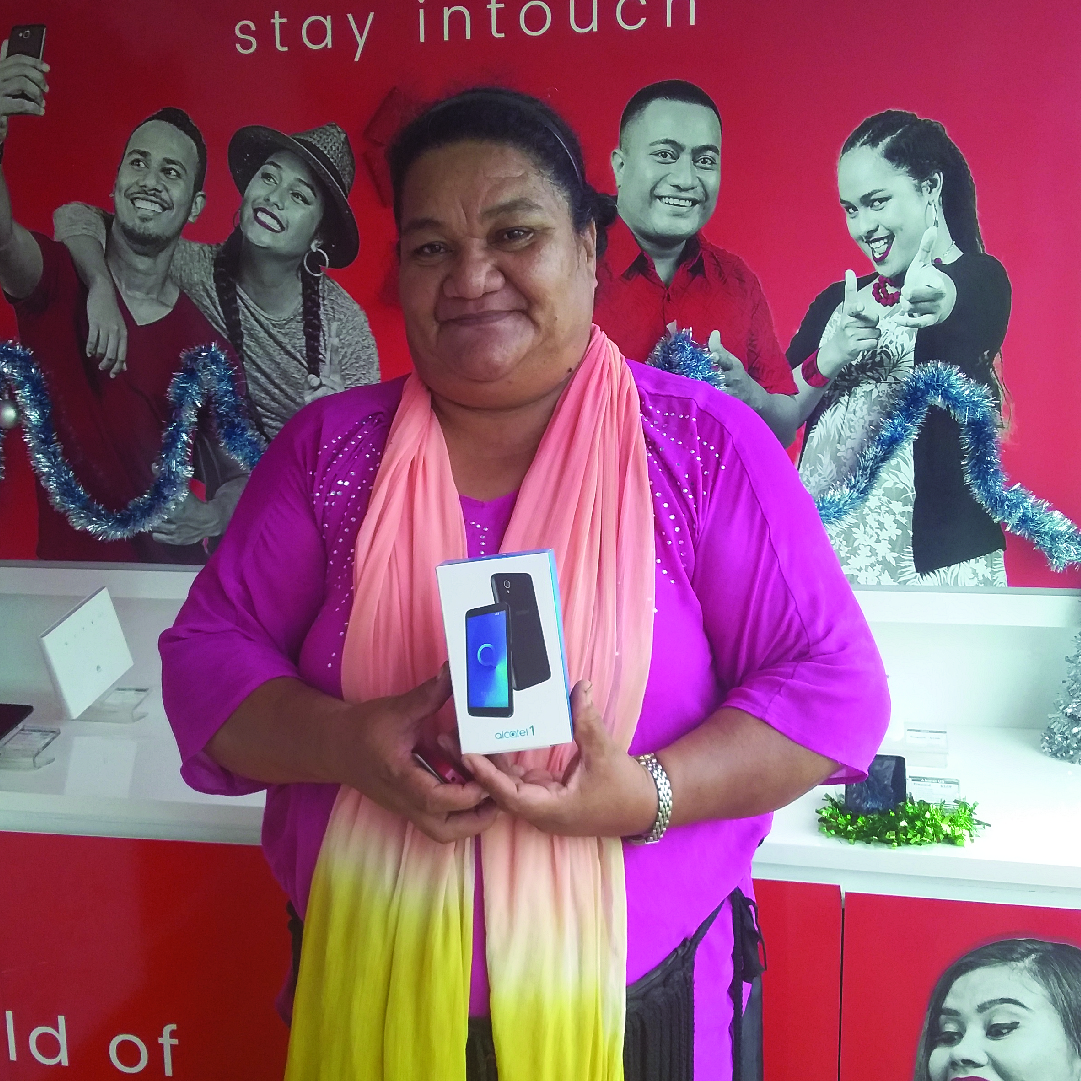 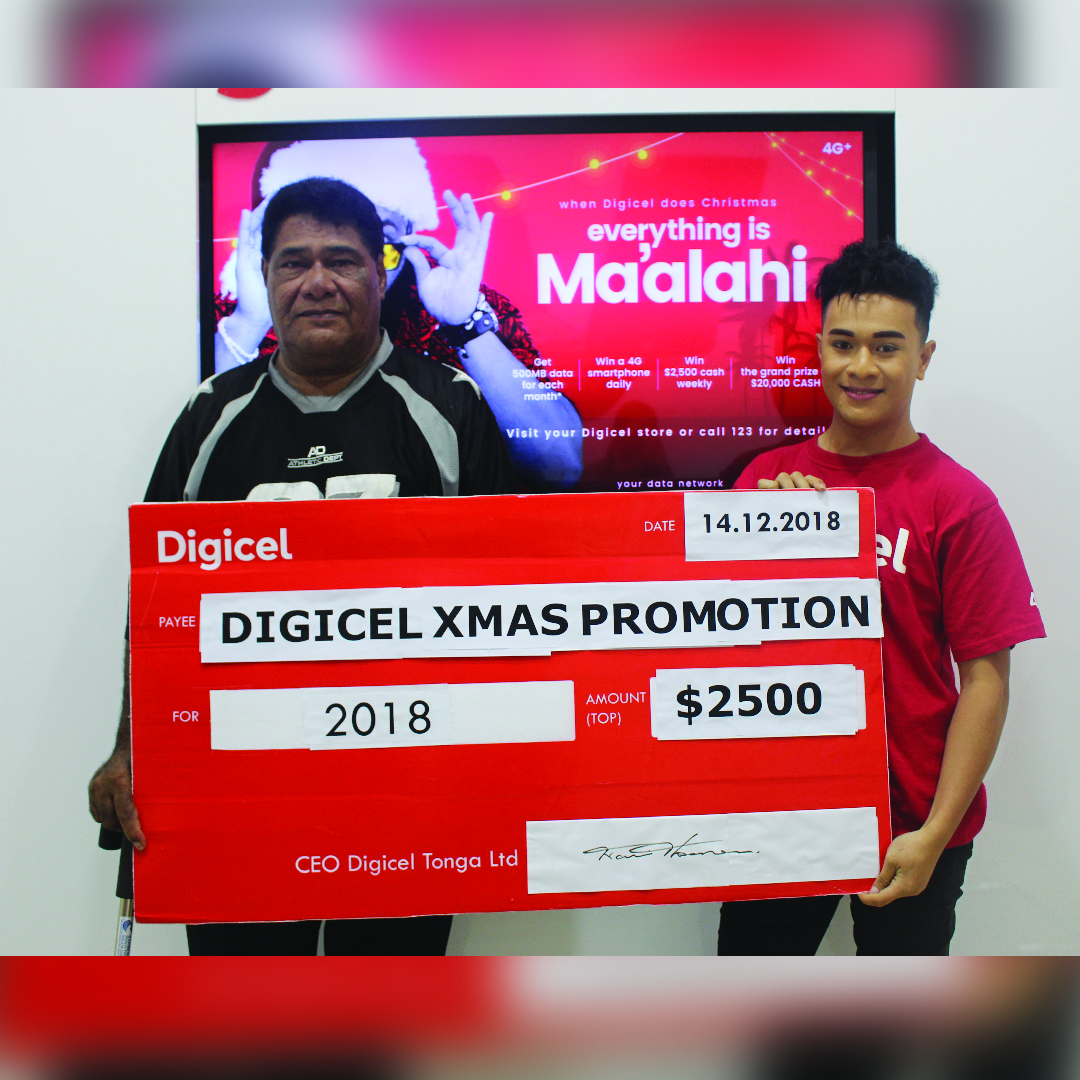 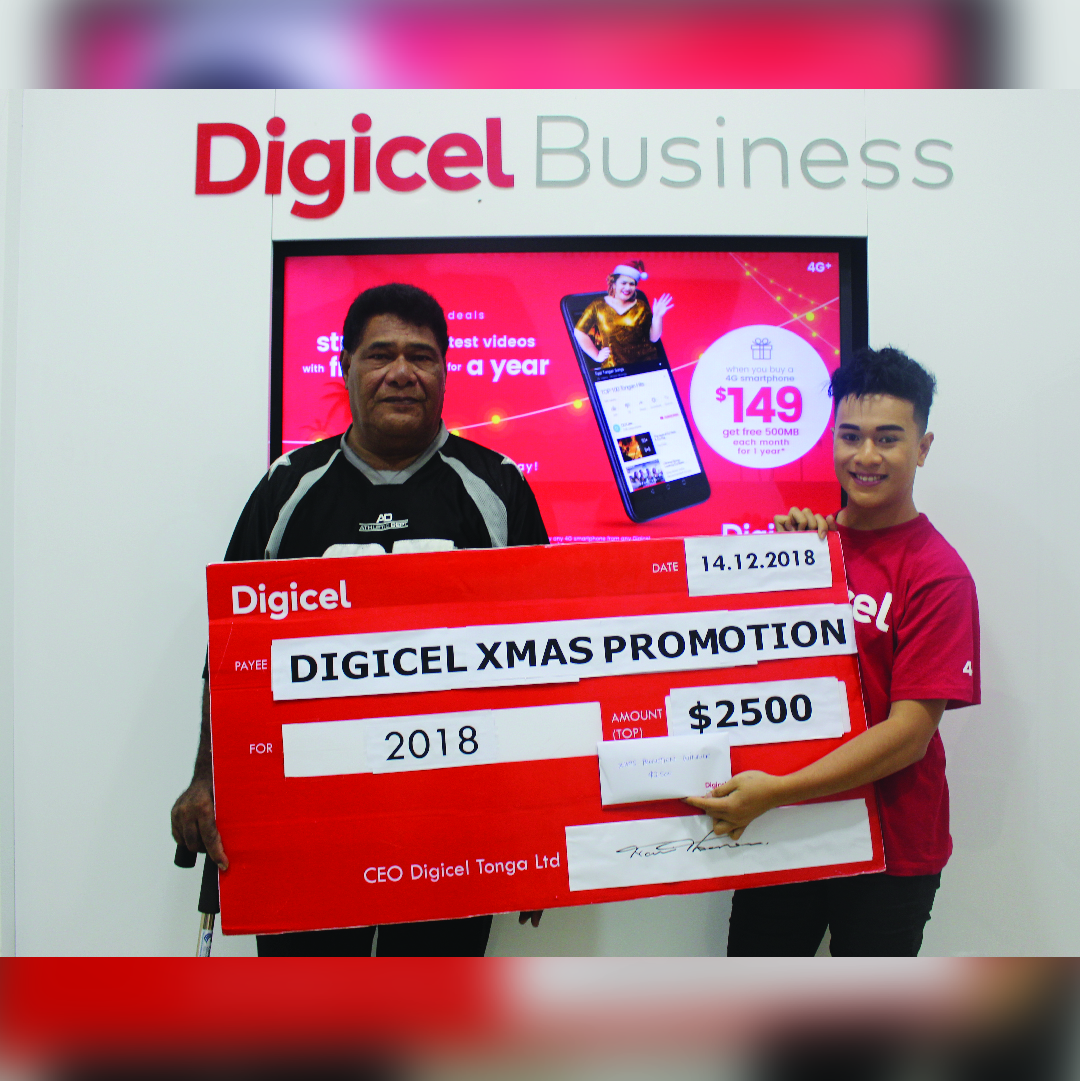 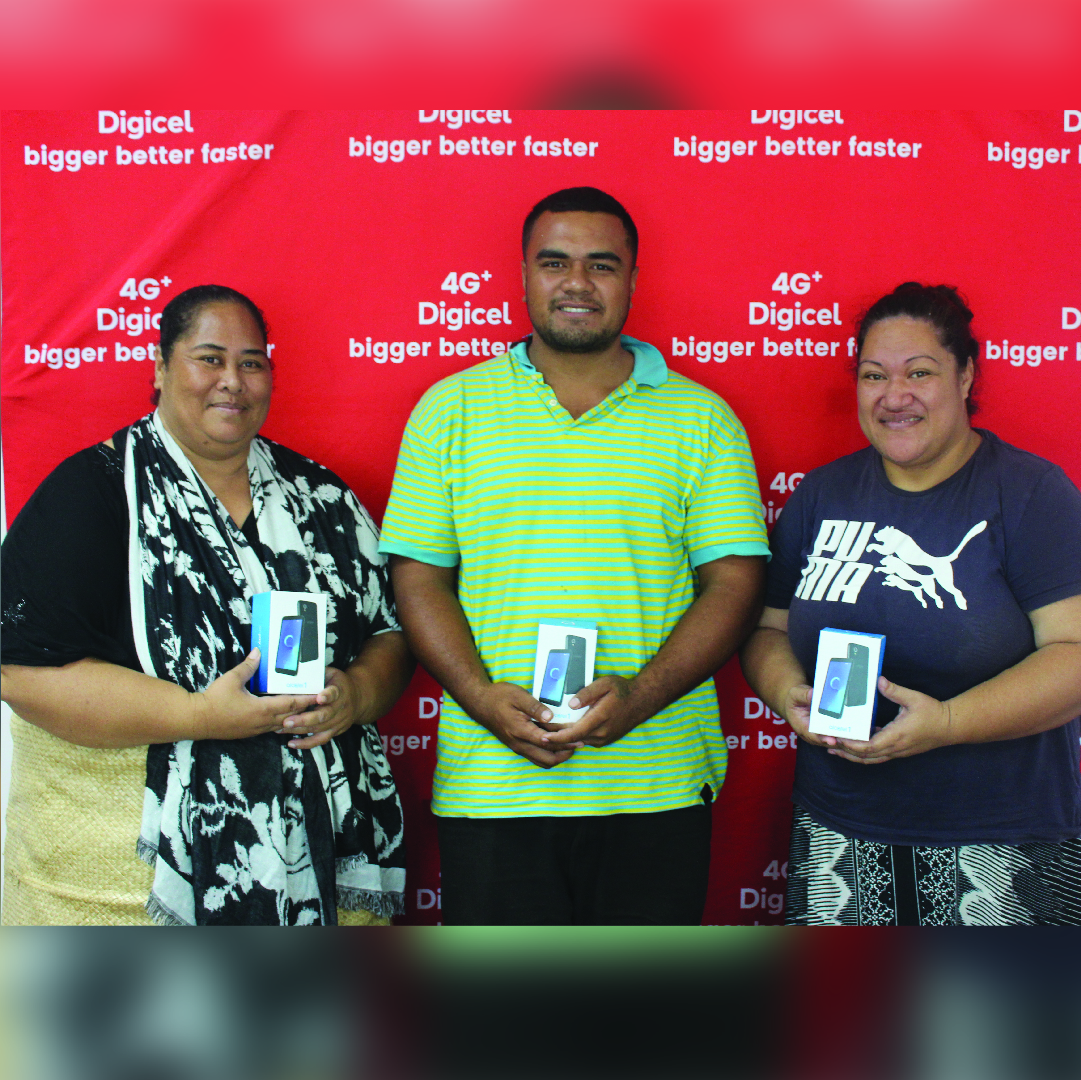 Digicel is happy to announce the winner of its Ma’alahi Christmas Promotion for week 5 to ‘Isileli Fahamokioa of Ngele’ia, Tongatapu.

‘Isisleli Fahamokioa is 66 years old living with his wife alone in Ngele’ia. He has been with Digicel for more than 5 years now with his reason, “I’ve always used Digicel for as long as I can remember and apart from the cheaper rates/promotions that they have, they also provide the best customer service when I need help. Not only that, they have the cheapest international call rates which me and my wife use all the time to call our one and only daughter overseas.” ‘Isileli and his wife have no source of income as they both retired from work. Sometimes they receive money from their daughter overseas. “Winning the Digicel Ma’alahi Cash Promotion was unexpected”, ‘Isileli said. Now my wife and I are able to do some Christmas shopping and put the rest aside for saving.

Digicel continue inviting all prepaid customers to be part of its Ma’alahi Promotion by purchasing any mobile prepaid plans from My Digicel App or *123# now for their chance to WIN Ma’alahi giveaway prizes this Christmas including daily (6x) 4G smartphones, weekly cash prize worth of $2,500 until the 5th  of January or the Grand Prize worth of $20,000 to be drawn on the 9th January, 2019.