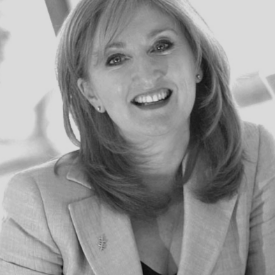 Lucy was Chief Operating Officer at Esat Telecom in Ireland when it was acquired by British Telecom Group Plc in January 2000. Lucy's involvement with Esat Telecom spanned six years, during which time she held a number of senior positions, including Chief Operating Officer, Director of Marketing and Managing Director of Esat Clear; Esat’s residential division. Prior to this, Lucy was Managing Director of The Ideas Company, where she was an advisor to Esat Digifone in its successful bid and subsequent launch as Ireland’s second GSM mobile phone operator. She has also held senior positions with the Irish Press Group Plc and Bell Advertising.

Lucy was the Chairperson of Communicorp, an independent radio group with 25 radio stations in four countries until it was acquired by Bauer Media Group in 2021 for over €100 million and a director of Independent News and Media Plc and Topaz Energy Group Limited.

In 2022, Lucy was appointed to the Board of Women’s Aid Ireland, a leading national organisation working in Ireland since 1974 to stop domestic violence against women and children. She has served as Chairperson of the Steering Committee of the National Action Plan against Racism by the government of Ireland since 2006. She is also a former director of Ulster Bank Limited (Irish subsidiary of Royal Bank of Scotland). During 2000, she was appointed to the Strategic Advisory Board at Tesco Ireland (British grocery retail chain) and the government-sponsored Campus Ireland Board. Lucy was also a director of the 2003 Special Olympics World Games.

Lucy has served on the Board since 2000.